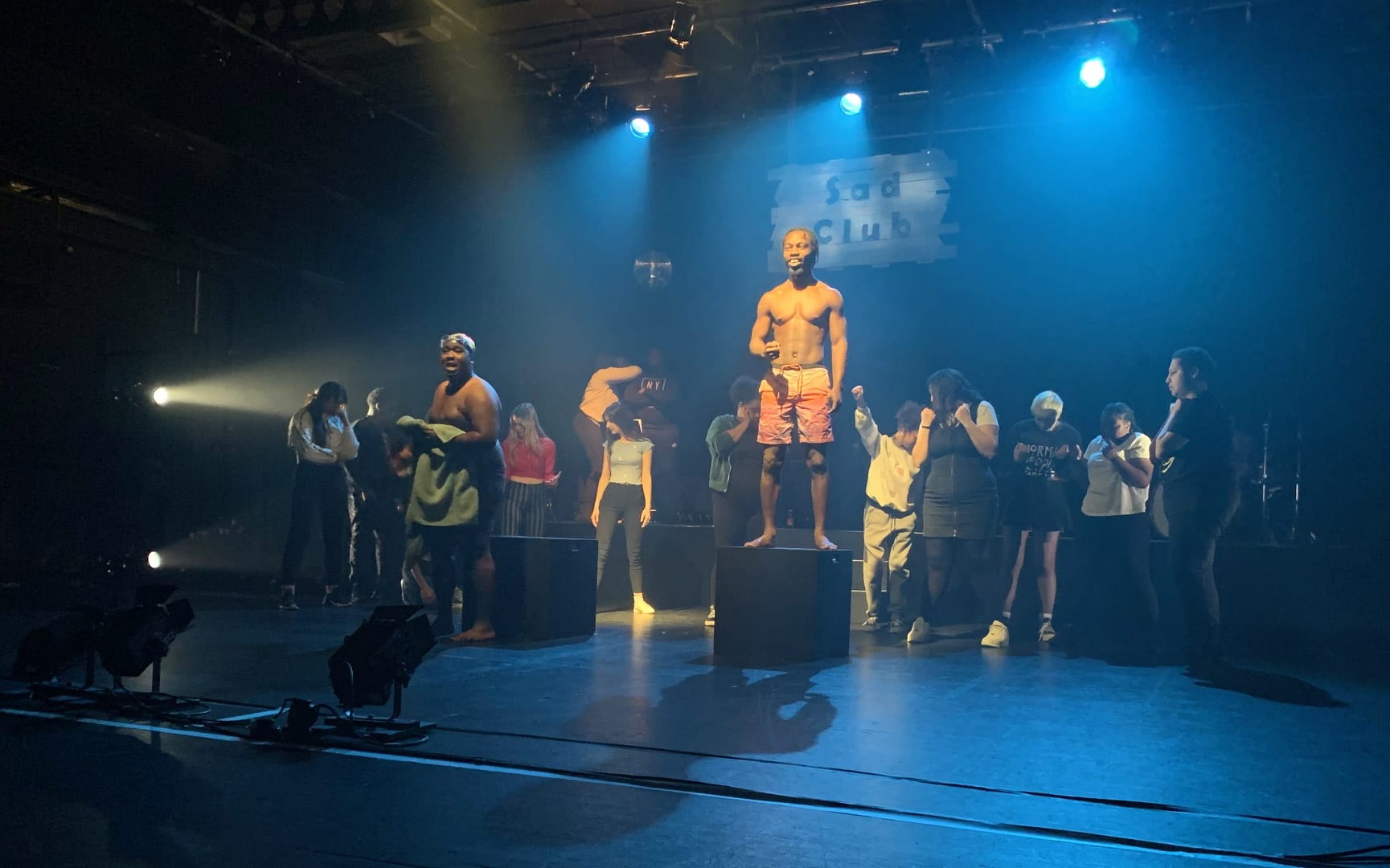 “The Sad Club is a play about being young.” False. It’s a play about being human, feeling one’s way around the awkward tangle of life. The play was commissioned for the National Theatre’s Connections Festival about dealing with anxiety, and has had a string of performances up and down the country. On 4 April 2019, it was the turn of City and Islington College students to give their interpretation.

“I wrote this play with the idea of getting young people to think about the things that tripped me up in my twenties in terms of pursuing my happiness.” says playwright Luke Barnes. “If we get young people to think about reimagining their relationship with competition or love or escaping when they’re young, maybe they’ll have a better chance of being happy in their twenties.”

At the 3pm showing for students and staff, ahead of the later performance for National Theatre Staff, it makes a difference. The pressure to get it right in front of family and friends has a different feel to talking to a room full of strangers. But the cast were entirely engaged in their reality, cycling through a series of skits in one fluid motion. No live performance is an easy task, but the sketch-based organisation of the play is tricky to get right in one take.

A lot can be said about the music – written by Adam Pleeth – and lighting and props, which gave tone to an otherwise simple set. All actors played a part in giving life to their short story, the figurative spotlight allowing individual differences between students to flourish.

The Sad Club is a play about being human; it’s about learning to laugh at one’s insecurities and misfortunes. ‘Amor fati’, they call it: to love your fate, whatever the outcome. The overriding narrative is don’t overthink it — it tells us there’s more to life than ‘fitting in’, whether that be to impress your peers, your family, or yourself. There’s a reason why the play is built to be funny in an ironic, lack-of-self-awareness kind of way. ‘It doesn’t always go to plan,’ it seems to say, ‘but sometimes that’s okay.’ And when it isn’t okay, well, sometimes it’s okay to be sad too. A story that relies on its cast to explain the many dimensions of angst, illness, depression and self-degradation, the cast received a deserved applause for their efforts in rehearsal over the last several months.