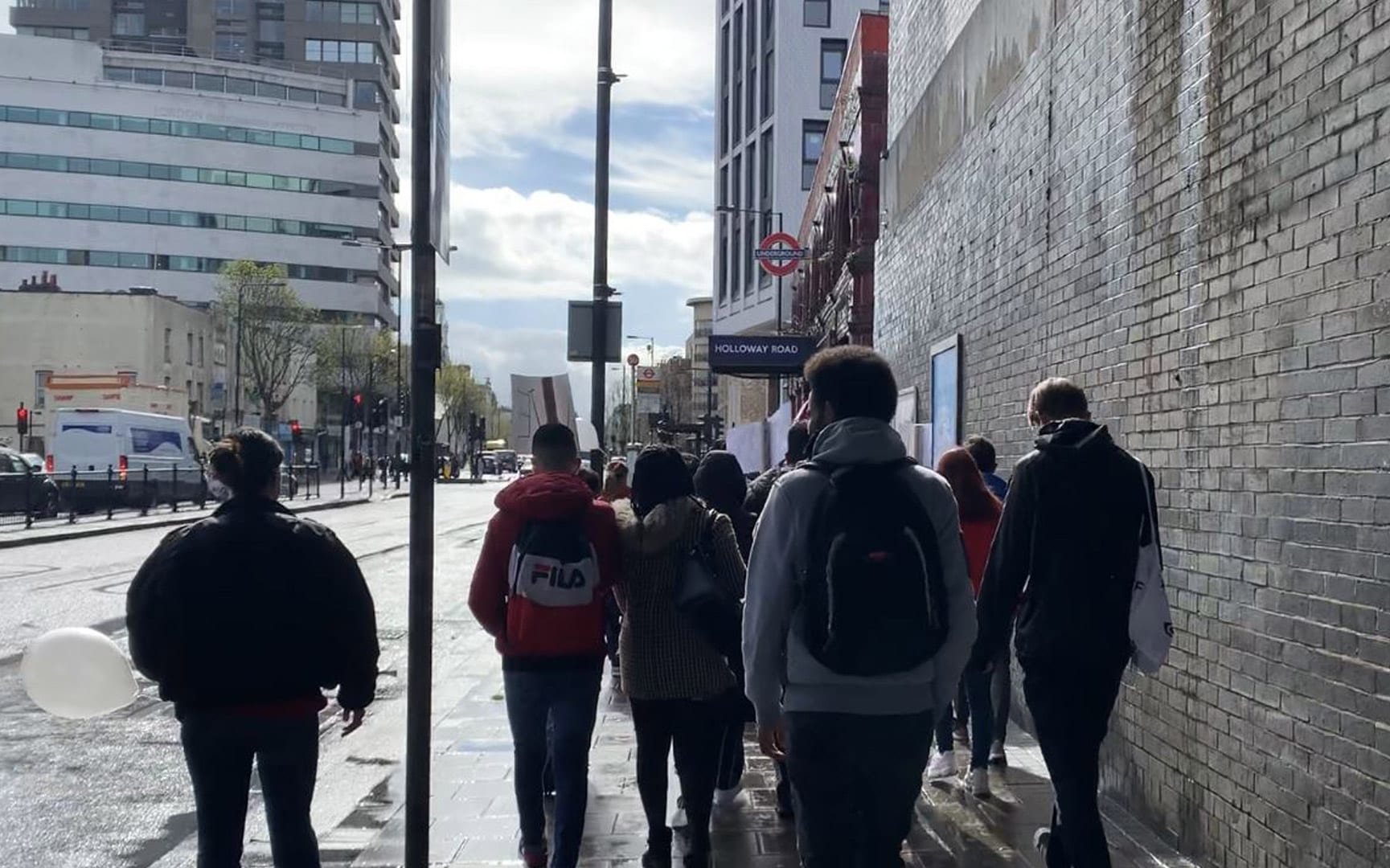 On Thursday 4 April thirty students took to the streets to take on growing concerns around street violence. The key message: more needs to be done to help young people make better decisions around crime. The students’ march amassed over six miles, walking between all five City and Islington College sites and Islington Town Hall. The student organisers spoke about their motives, and how the walk came about.

First year Public Services student Danish Ahmed said: “I’m a police cadet and I’ve had that passion for tackling crime from a young age. As knife crime is on the rise across London, I felt like young people needed to do something and that’s when we came up with the idea to do this. My friends Asen, Amel and myself created a leaflet, which later became a walk. We managed to get enough support from students for it to happen.

“Living in London it can always be dangerous. The college is a great opportunity for young people, but not everyone knows they have these choices.”

Danish studies at the Centre for Health, Social and Childcare on the Holloway Road. Student Engagement Coordinator Karina Grace added that this was a student initiative, brought up at a recent Student Union meeting. Student Union members get the chance to identify ways to help the college and local community improve. Their current campaign – #FearTheSilence – came about as a way to take an active role in addressing rising knife crime across London, an issue that affects many young people directly.

Students from the both centres and the Centre for Lifelong Learning (Finsbury Park) walked from Holloway to Angel, spreading their message with the general public and neighbouring students. Campaigners were happy to receive support from senior staff at the Sixth From College and Centre for Applied Sciences, Nina Weiss and Dr. Ramin Narimani. During the walk, the group received support from a local magistrate and a group of activists, both looking to join the cause at a later date. The students then walked over to Islington Town Hall to talk about their aims, before completing the circuit via the Centre for Lifelong Learning in Finsbury Park.

“I’m so lucky to be doing this event.” Public Services student Asen Ivanov said. “A teacher suggested I get involved because I’m class rep. I’m so thankful for that. Being a police cadet and a young person in London, this is something I really care about. It’s a great feeling, making something happen.”

Fellow organiser Amel Boukabous went on to explain: “There are so many reasons for the increase in street violence in urban areas. What we wanted to do was pinpoint something actionable, work out what we could do to make a positive change. There are a lot of variables contributing to it – we can’t address everything – but we can promote the need for services that help people get off the streets and choose a better life.

“We know there are services, but they don’t go into colleges much. We would like to open up the channel and make our area a better place for young people.”