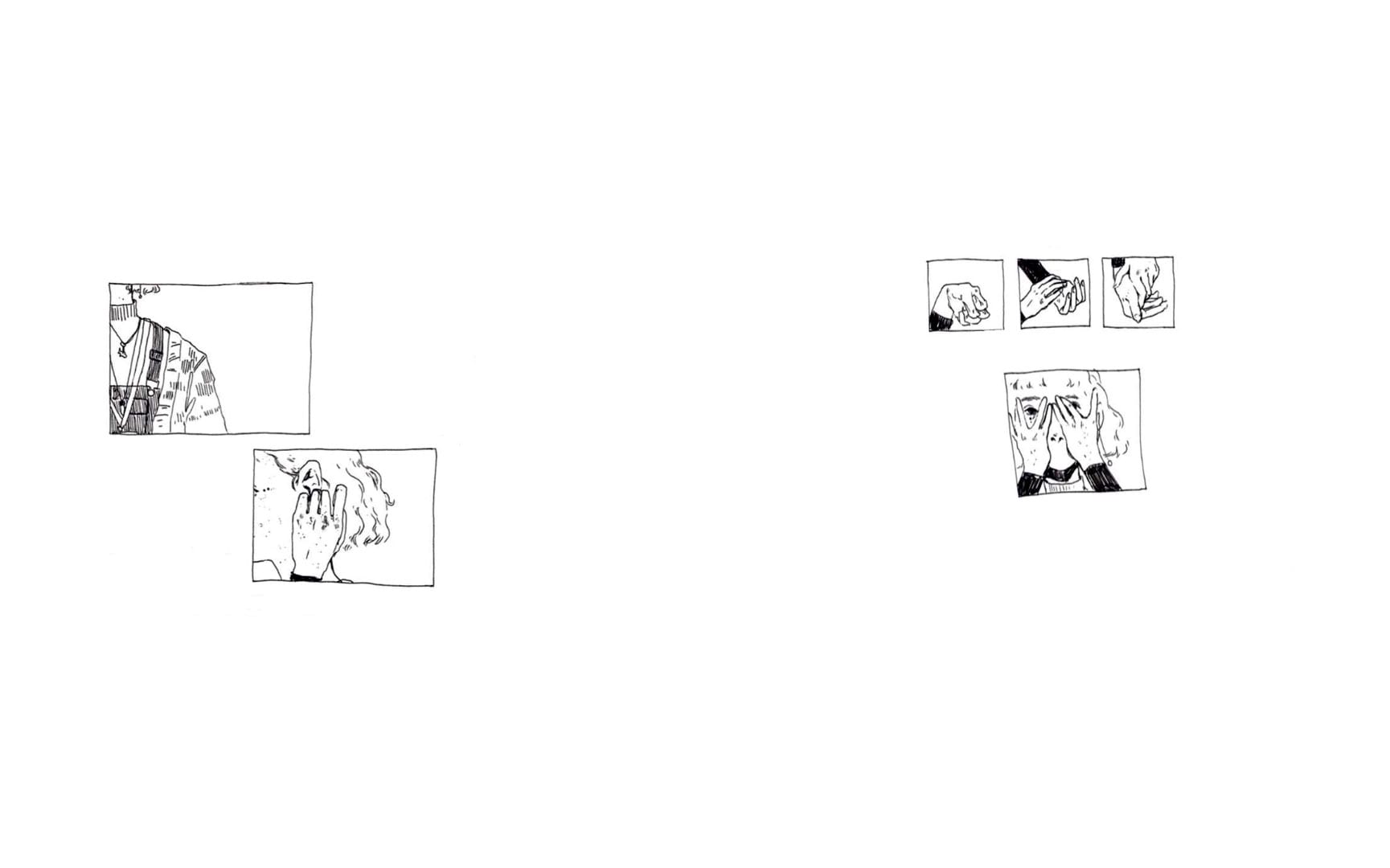 Back in September, we announced our first photography and art competition on social media, championing the great work of City and Islington College students across our five London sites. All the entries were great, but there could only be one winner, and, put to the popular vote, we had a clear winner in the form of A Level student Lola Cleary’s comic-style drawing. We caught up with Lola to better understand her process and ambitions while studying with us.

Lola’s submission touched upon the anxiety of a new beginning. “It’s a simple comic. I drew it after my first full day at City and Islington College.” She added that it was “something personal but yet strangely disconnected.” We asked Lola what motivated the entry and how she was finding college life half a term in.

“I’ve enjoyed my first month at CANDI a lot; I’ve really loved how in-depth A Levels are even from the beginning. I enjoy doing school work quite a lot, so being able to spend so much time and effort on the subjects I enjoy was fantastic and pretty rewarding.

“I was really nervous for the first few weeks, though. It was all unknown; everything was so big and there were so many new people. The comic only shows me, though.”

Lola went on to talk about her composition and style, building up from a few free-hand lines and a lot of white space: “I enjoy art that captures things very tenderly – delicate marks that express the emotion in how they’re made – rather than what they’re depicting. The focus on the hands is something I do quite often as they seem so personal… I often hold or fiddle with them when I’m nervous. They’re a grounding tool, which is why they played such a large part in this comic. It’s oddly particular in many ways.

“The free drawn lines and white spaces I hope help give a sense of disconnection… there should be other things there to fill the gaps, to give some sort of context, but they’re empty, bringing focus to the little details.”

Lola takes her inspiration from American cartoonist Tillie Walden. The 23-year-old illustrator won the 2018 Eisner Award for Best Reality-Based Work for Spinning, a critically acclaimed 2017 graphic novel recounting Walden’s adolescence. Lola adds: “Her focus on people is something I really love. Her books can have very few words but seem incredibly personal from just the way she shifts focus in her drawings.

“I hope to one day publish a graphic novel like hers but, honestly, I don’t know. I draw in lots of different ways with lots of different things. Sometimes it feels like I could go in any direction if I tried hard enough. I do quite traditional acrylic portraits but also really enjoy the more illustrative drawings, as well as the more experimental things…

“I’ve got no idea what I’ll draw in a year, or what I’ll even be like… I just hope it’s something good.”

Lola is hoping to continue her studies at Central Saint Martin’s College after completing her A Levels, but is trying to keep her options open, aiming to “keep making things and hoping people like it.”