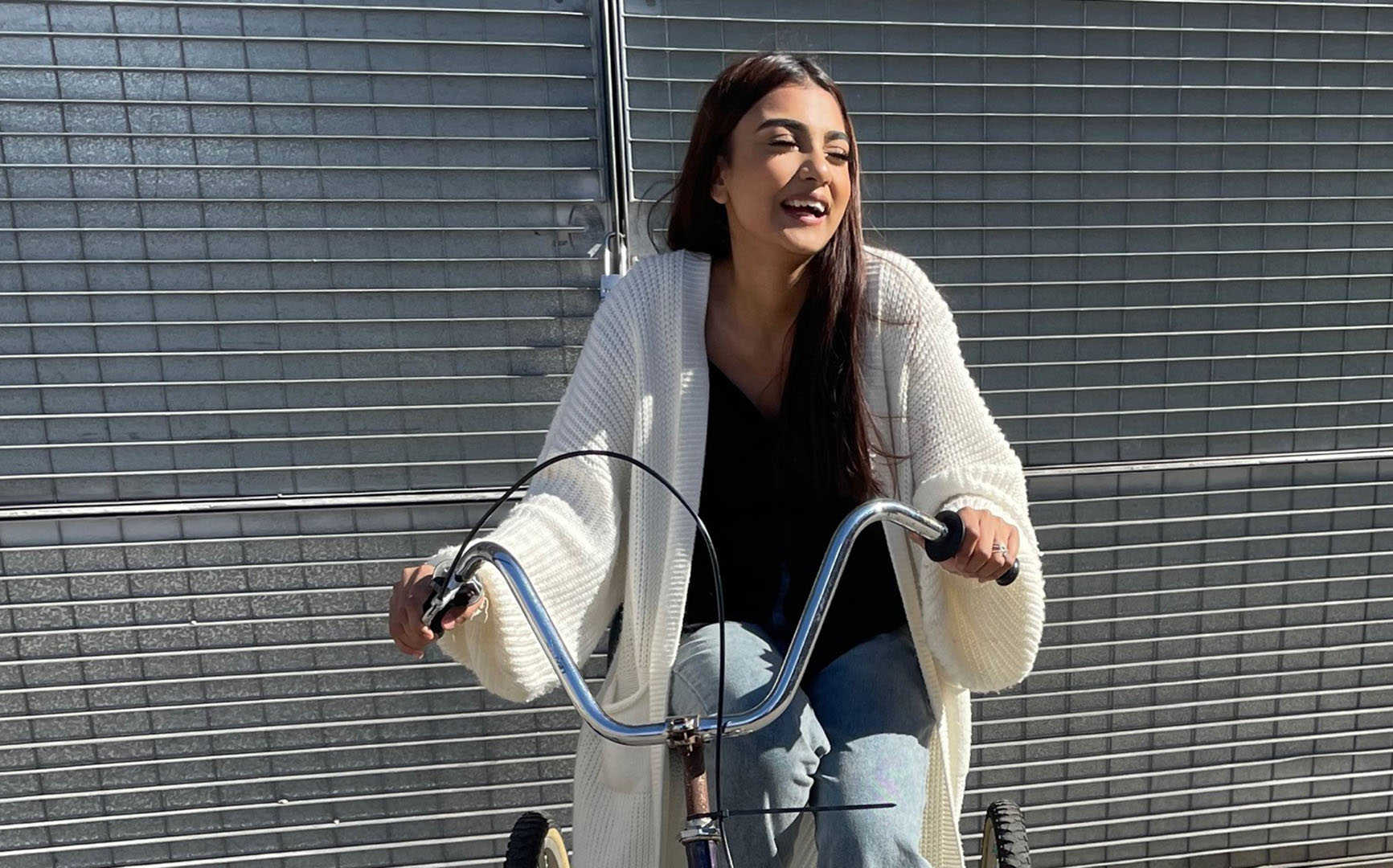 A student born without her lower left leg has told of her joy at riding a bike for the first time on work experience while studying at City and Islington College.

Farheen Tasmia, 17, rode a hand-pedalled bike, trikes and other adapted cycles during her placement with Pedal Power at Arsenal’s Emirates Stadium.

Pedal Power is a cycling club run for people of all ages with physical and learning disabilities at three locations across north London.

“I was excited to see how people who have the similar problems as me get on with their lives. It was so inspiring to see how they stay active despite being disabled,” said Farheen.

“Riding a bike for the first time felt really nice. It was something different that I’d never been able to experience. It gave me a sense of freedom and made me feel more confident. It made me think anything is possible.”

Farheen’s leg did not develop in the womb after her mum contracted chicken pox from her sister, a rare condition known as fetal varicella syndrome.

She said: “There were moments when I was younger when I felt uncomfortable because I knew I was different. It was hard and it would get to me, but most of the time I didn’t get upset because at the end of the day it’s who I am.”

Farheen, from Dagenham, started physiotherapy and got her first prosthetic leg when she was about 18 months old and still has regular physio check-ups today.

She said: “I used to see other children out riding their bikes in the summer and think it was unfair that I couldn’t do it. I did try a few times but ended up falling off as I didn’t have the power in my leg to push down on the pedal.”

Farheen undertook work experience with Pedal Power while completing a Forensic Science Level 3 Diploma at the college’s Centre for Applied Sciences in Angel.

Pedal Power was set up by Jo Roach in 2004 after looking for a cycling club for her daughter who has a learning disability. It began with just two members and now 50-100 cyclists attend each session.

Jo received a British Empire Medal from the Queen for her work running the club, which is supported by Islington, Hackney and Haringey councils.

Jo said: “Farheen was one of the first students we’ve had on placement from the college. She got to see people with many disabilities and had no idea there were so many types of cycles out there.

“It never ceases to amaze me when you see people ride a bike for the first time. It’s always a thrill and just goes to show, if you have the right equipment, anyone can cycle.”

Apply now for courses at CANDI.