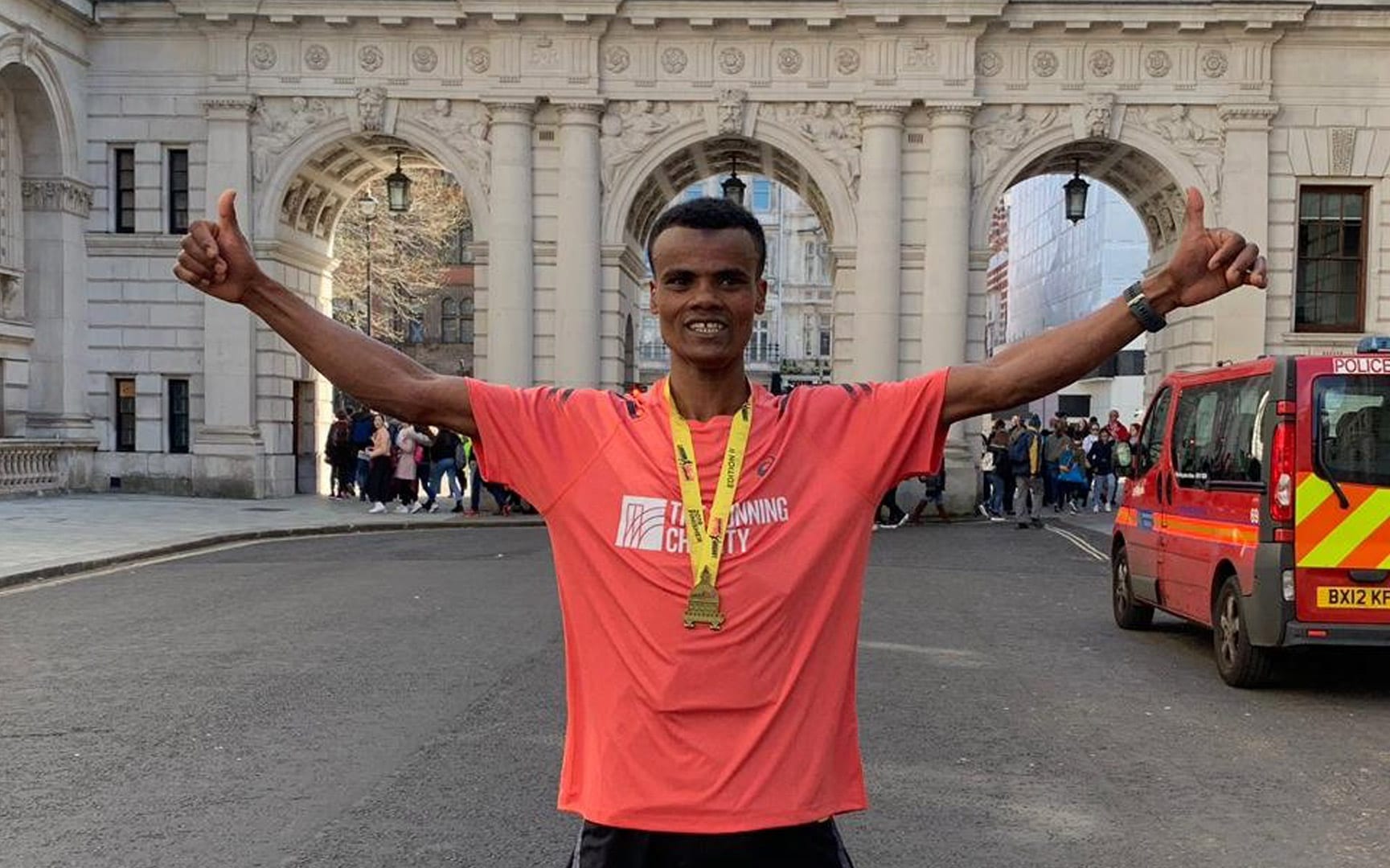 City and Islington College student Seyfu Jamaal Tahir is making waves in the running world following a first-place finish at the London Landmarks Half Marathon 2019.

Currently undertaking an ESOL (English for Speakers of Other Languages) 16-18 programme at the Centre for Lifelong Learning, Seyfu has made quite the impression on his teachers. Lecturer Chloe Jacobs describes Seyfu as an “extremely hardworking and committed” student, managing to attend every class in spite of a demanding training schedule.

Seyfu came to England in 2017 from Ethiopia, arriving unaccompanied without English language or literacy skills. He enroled at City and Islington College shortly after and has made great progress. Chloe added that “he has made excellent improvements in all aspects of his learning.”

When asked, he told us that he stays motivated by focusing on improving on past times and setting new records. Seyfu’s schedule involves running five to ten kilometres per day, and a half marathon each Saturday. This he fits around a 15-hour-per-week course studying English, Geography, ICT, Maths and Employability.

“I felt great!” Seyfu told us, looking back on his win. “I had left the group a long way behind from the start and ran the whole marathon alone. Later, I slowed down a bit, but I was still in the lead and even when I looked back I couldn’t see any of the other runners behind me. By the time I crossed the finish line, I was at least five minutes ahead of the runner who came second.”

Sitting on the National Ladder at 20th for men under 20, Seyfu has come on leaps and bounds in his running this last year, currently ranking 232nd overall. The National Ladder measures the progression of all road runners in the UK against age and gender.

“We’re all very proud of his athletic and academic achievements, and hope to see him running for Great Britain one day.” Chloe told us. “Keep running through those barriers, Seyfu!”