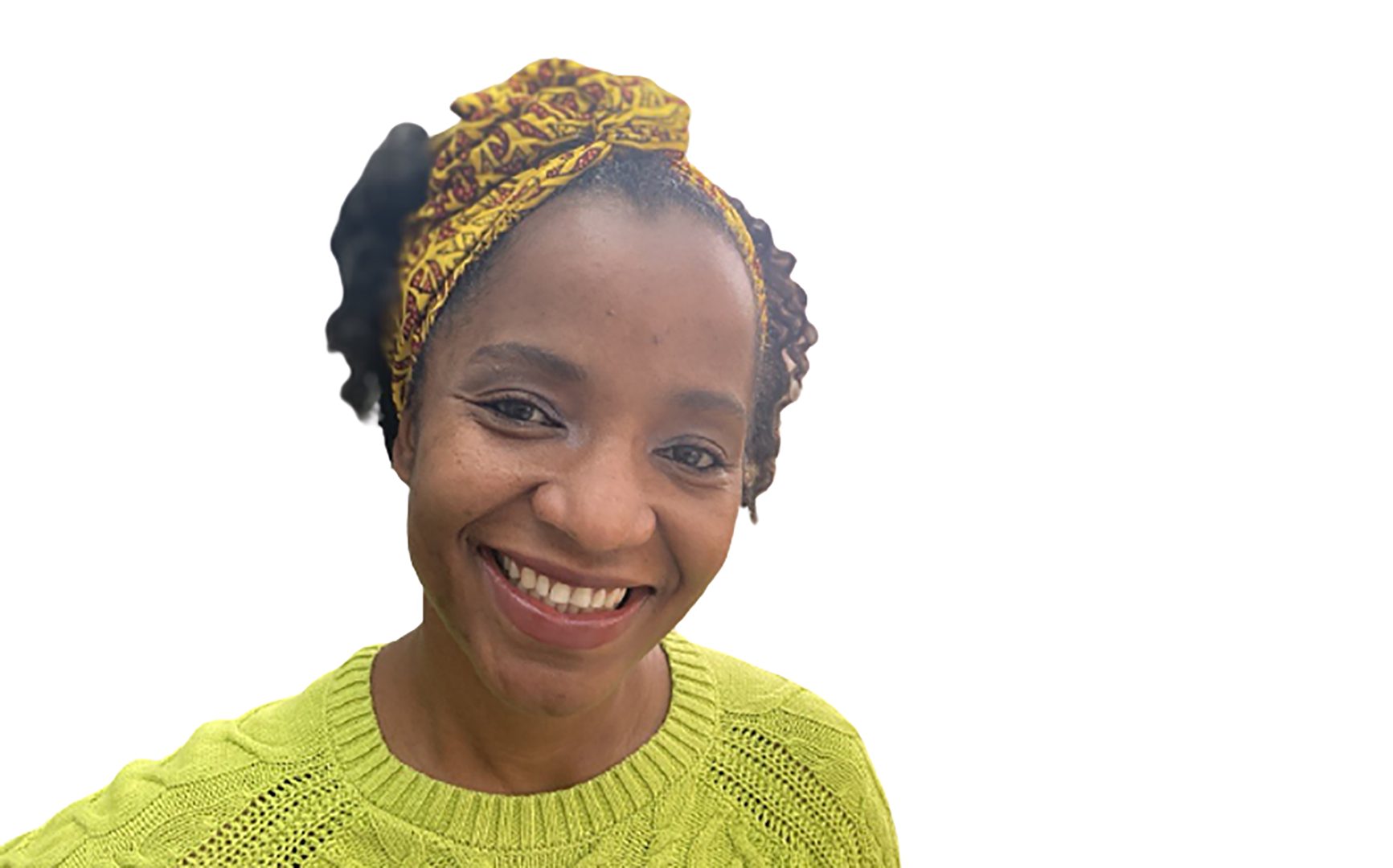 To mark Black History Month this October, Isatu Taylor, Curriculum Leader for Visual Arts, shares her experiences of life as a black person and what can be done to eradicate racism in society and make colleges more inclusive.

Tell us about your background.

I was born in Portland, Jamaica, and moved to the UK with my sister when I was 14. My mum lived in London as a child and went on to study a degree in Slavonic Studies. She later burnt her British passport in protest at how black students were being treated and came back to Jamaica before returning to England.

Is Black History Month important to you?

It’s sad indictment that we need Black History Month, but I’ll take a month when blackness is on the agenda than not at all. I’ve had people ask why we don’t have a white history month, and I tell them every month is white history month. If you grow up in schools in England you learn European history, and obviously that’s important, but as a black child I didn’t learn anything about black history. Part of the way we unlock our differences is by showing that we’ve all faced atrocities and had moments in history where we’ve done each other great disservice. Black History Month should not just be talking about the issues, but about identifying the challenges to make sure history doesn’t keep repeating itself. We need to get past the ‘here we go again’ mentality and token gestures.

What was it like for you growing up as a black person?

I remember walking into my first classroom in London and everybody appeared to be blond. It was very different in terms of people’s mannerisms, expectations and how children viewed education. People had expectations of what I would be like, asking if smoked weed or if I had seen anybody killed. It wasn’t said in a malicious way, more out of ignorance from all ethnicities, not just white students. I was lucky to be living in London because it was so multicultural. I spent the first few years near King’s Cross where there was a big Bengali community. I connected with the food and culture as it was similar to the Caribbean.

Tell us about a time when you have experienced racism.

My worst experience of racism happened when I had part-time job when I was 16 in McDonald’s. There was large group of men and there had been a mix-up with their order and they thought it would be funny to pour a chocolate milkshake over us and make racially abusive comments. It was a bit frightening, but I manly felt that these guys were idiots. I was brought up to see people as people and think it’s very important that you don’t allow the actions of a few to shape your perspective.

How much has society changed in its attitudes to race since you were younger?

Unfortunately, racism still exists. A look, comment or just a feeling can make you uncomfortable. Racial profiling and stereotyping are still a problematic issue. Groups of black boys are often more animated than their white counterparts and wrongly perceived as more aggressive. More needs to be done to educate people in positions of authority to make them more aware of how these differences manifest themselves and how organisations can be more culturally sensitive. Most of our politicians are white and of a certain class and too many policies are driven by their experiences. We’ve made positive progress but still have a long way to go to bridge the equality gap.

Who are your black heroes and role models and why?

I’d have to say my mum. My son calls her a doctor because he says she knows everything. When she eventually leaves us, I can only hope to have a fraction of her knowledge and wisdom. She raised five children and at one point was also holding down two jobs and doing her master’s degree. She believes in hard work and is a great supporter of what I do. I always admire people who do positive things but always reserve hero status for those I know.

What can be done to stop racism in our society?

Representation is so important. We need more black teachers, especially in primary school, to reflect the pupils in the classroom. Often, if you are a black child, you can go through your whole educational experience without ever being taught by a black person. There is so much research on unconscious bias where people identify and favour with people who have shared experiences. If we’re able to educate people and offer students of all backgrounds the opportunity to be taught by someone of colour, then it will change their perspective. They are not just seeing black people in stereotypical roles, but as people in society.

How do you incorporate black culture into your teaching?

Growing up in the Caribbean I have had a very different experience to a lot of my students. I do reflect on my experiences, but don’t necessarily set about focusing on blackness. Instead, I set an example of promoting tolerance, love, acceptance and understanding. I’ve also discovered cultural similarities from my travels in Asia and talking to my students. By celebrating our differences and also recognising that we have more in common than we do not, our classrooms can be much more inclusive.

How can the further education sector become more racially inclusive?

BAME history and culture need to be much higher up the agenda. Colleges need to commit to planning innovative and meaningful ways to better integrate and put this at the heart of the curriculum. This should include more staff and student training, mentoring and support on diversity issues, and celebrating different cultural groups through workshops, networking and partnership work. In terms of teaching and staffing, FE is in much better shape in terms of diversity than other areas of education but more needs to be done in terms of leadership, how and where staff are recruited and internal progression. The sector has an abundance of teachers from different ethnicities, and we need more of them promoted to senior management roles.