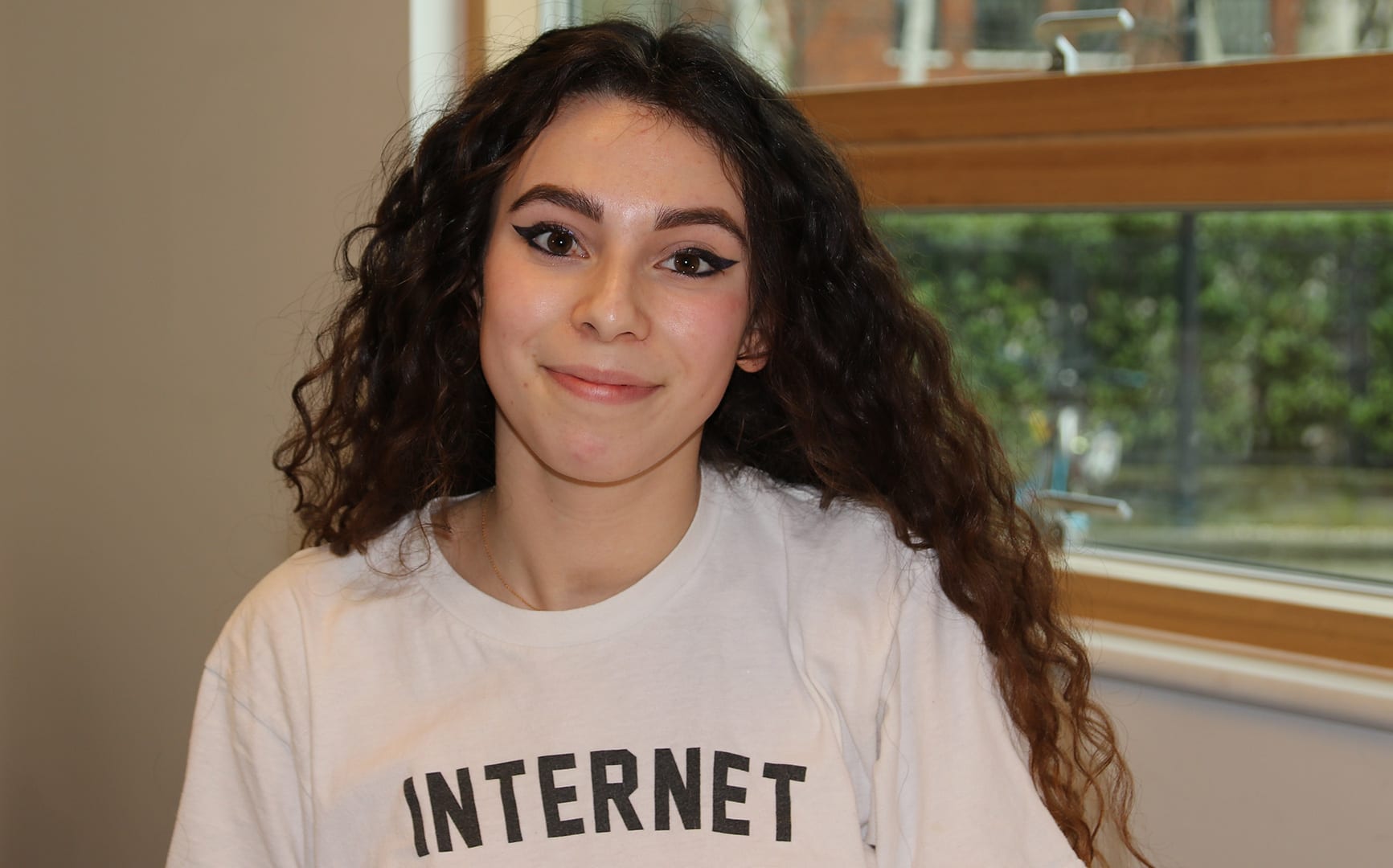 First year A Level student, Daphne Katz, has been named runner-up in the Young Hugo Award, a writing competition from the Guardian, for her piece titled “Nationalism: an Avoidable Evil.” Now in its fourth year, the award was created in memory of the late Hugo Young, a political and influential figure in journalism.

Daphne also recently won the silver award in the UK Linguistics Olympiad proving her talent for writing. We caught up with her to find out about what inspired her piece, what her plans are and how she’s finding college life.

Daphne, congratulations! Can you tell us about what your winning piece was about?

The piece is essentially about why nationalism is evil, especially after Brexit. For world peace to be achieved and climate change to slow down we need to open our borders to those around the world and increase diversity.

What was the inspiration behind it?

I’m someone who’s always felt I don’t identify with a specific nationality so I’m able to look at patriotism and national pride from an outside perspective. It’s never made any sense to me and I wanted to try and express it to an audience who don’t have that experience.

Where are you from?

My dad is American and my mum is French. I was born in France and lived there until I was four, then we moved to the UK. Although though I’ve lived here for most of my life, I’ve never had citizenship.

I’m studying A Level French, German, Politics and Philosophy. I love languages and I’m really interested in politics, but my heart is in philosophy. I love thinking about things that you know are important but don’t necessarily think about.

How are you finding life at Candi?

I came from a single-sex grammar school which I found suffocating. It wasn’t the right environment for me. I need to be somewhere where I can work because I’m inspired to, rather than because I feel scared to fail, it’s really freeing.

What are your plans after college?

I want to go to university, hopefully in Canada but we’ll wait and see. I want to study philosophy or languages, maybe even politics as well!

Daphne was awarded second place in a virtual ceremony on 16 June. You can read about Daphne and the other winners at the Guardian.