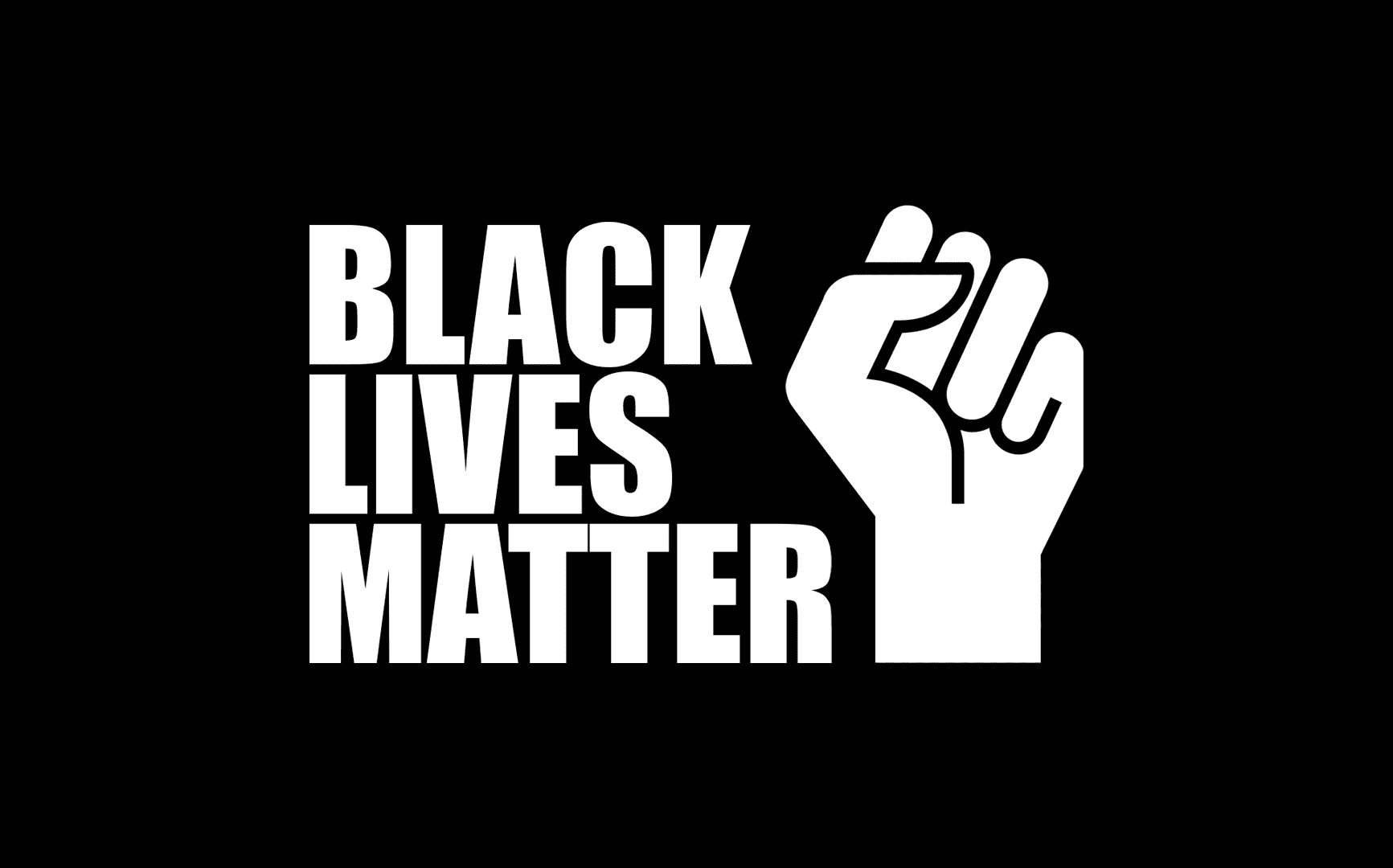 The death of 46-year-old African American George Floyd at the hands of a white police officer, Derek Chauvin, in Minneapolis has shocked and saddened the world. Floyd was arrested for allegedly using counterfeit money to buy a packet of cigarettes. Chauvin then knelt on Floyd’s neck, as a means of detaining him, for 8 minutes and 26 seconds. Floyd was repeatedly heard saying “I can’t breathe.” After 6 minutes he became unresponsive and bystanders were calling on the officers to check his pulse, although all the officers at the incident did nothing.

This cruel chain of events caused outrage across the world and has opened up an uncomfortable but necessary dialogue regarding white privilege, police brutality and racial inequality. It has made us as individuals, and society as a whole, look at ourselves and ask some tough questions.

We are a multicultural college and we are proud of the rich and diverse backgrounds of our staff, students and wider community. We stand firm against any actions of hate and racism, which goes against our core values. At CANDI, and within Capital City College Group, we believe in the power of education, and that now is the time for learning and taking action. We can all become part of the change that is needed.

“Education is the most powerful weapon which you can use to change the world.” Nelson Mandela

In the UK, thousands have protested in solidarity, in cities including London, Liverpool, Cardiff, Glasgow, Bristol and Manchester. They have also drawn attention to the fact that: “the UK is not innocent” – due to the UK’s key role in the Atlantic slave trade; as owners of industries built on slavery; the racist nature of the British Empire. They have also highlighting many cases where British black people have died following the actions of authorities, as well as the institutional racism which many feel is still prevalent in many parts of the UK.

George Floyd’s death has affected so many because it did not come as shock. In 2020, that in itself, is shocking.

#BlackLivesMatter is an international human rights movement which was founded in America in 2013 in response to 17 year old Trayvon Martin being shot dead by a man called George Zimmerman, who was later acquitted. Their mission is to “eradicate white supremacy and build local power to intervene in violence inflicted on Black communities by the state and vigilantes.”

They have since used a diverse range of tactics, from protesting to online campaigns. They lobby for intergenerational diversity, globalism, empathy and restorative justice. Reactions to the movement have been varied and the phrase “All Lives Matter” has become a counter response. This has been criticised as a fundamental misunderstanding of the #BlackLivesMatter message, which seeks to further compound the problem and highlight the issue.

How can I make meaningful change?

There are many ways in which you can take a stand to make meaningful change. At CANDI, we believe knowledge is power and there are an abundance of resources and information. Below is list of resources which you can read, watch, listen to and take action.

Seeing White: “Just what is going on with white people? Police shootings of unarmed African Americans. Acts of domestic terrorism by white supremacists. The renewed embrace of raw, undisguised white-identity politics. Scene on Radio host and producer John Biewen took a deep dive into these questions, along with an array of leading scholars and regular guest Dr. Chenjerai Kumanyika, in this 14-part documentary series, released between February and August 2017.”

New York Times’ 1619: “The past is never the past, and we can never forget this country’s foundation of subjugating Black people and people of colour. This podcast is part of an extensive New York Times project offering insight into the four centuries since American slavery began and the legacy that continues to plague Black Americans.”

NPR’s Code Switch: “Racism is omnipresent in American society, and until we name it we can’t address it. Code Switch shines a light on the pervasive nature of racism, from language and workplace culture to social norms. First we identify the problems, then we work to dismantle them.”

Demand a sweeping reform mandating a zero-tolerance approach in penalising and/or prosecuting police officers who kill unarmed, non-violent, and non-resisting individuals in an arrest. Sign the petition here.

Justice for Belly Mujinga, the railway worker who died from coronavirus after she was spat on by a man claiming to have COVID-19. You can sign the petition and email your MP to ask them to support further investigation into Mujinga’s death. Sign the petition here. Find your local MP’s contact details here.

Justice for Breonna Taylor, the Black emergency medical technician who was fatally shot in her apartment by the Louisville Metro Police Department. Sign the petition here.

Demand the UK takes a stand against police brutality and racism.
You can use this email template to write to your MP here.

George Floyd Memorial Fund: established to cover funeral and burial expenses, mental and grief counselling, lodging and travel for all court proceedings
UK Black Lives Matter: a coalition of Black activists and organisers working across the UK, coordinating activity since 2016 for justice
RIP Belly Mujinga: originally set up for Belly Mujinga’s funeral with further funds going toward supporting her young daughter
National Memorial Family Fund: for the families of victims of police brutality
UK Black Protest Legal Support: a hub of lawyers and legal advisors providing free legal advice and representation to UK Black Lives Matter activists and protesters
The Stephen Lawrence Charitable Trust: “works with young people from disadvantaged backgrounds aged 13 to 30 to inspire and enable them to succeed in the career of their choice” as well as working to “influence others to create a fairer society in which everyone, regardless of their background, can flourish”.

If you want to discuss any issues or your thoughts relating to the Black Lives Matter movement, message us on our social media channels and let’s start a discussion to create a positive racial legacy. Staff can call our confidential and anonymous Employee Assistance Programme (LifeWorks on 0800 169 1920) to talk about any issues that they are struggling with. You can also speak to us through our social media platforms.

In light of the current pandemic, people are taking the difficult decision to break social distancing regulations in order to protest.  In a joint statement UK Chief Constables said that the right to lawfully protest is a “key part of our democracy” but stressed the importance of keeping within the current Covid-19 guidelines. We’ve seen many peaceful and safe protests taking place around our college sites, including at the Bernie Grant Arts Centre in Tottenham.

So, if you choose to protest, please do so peacefully and carefully:

What we are doing and will do

At CANDI (and Capital City College Group, as a whole) we commit not just to non-racism, but active anti-racism.

We have strong practices around equality, diversity and inclusivity and Schemes of Work for curriculum lessons, tutorials sessions and enrichment calendars reflect equality and diversity themed activities or events. Here is just some of the excellent work taking place around our colleges:

We do not profess to have it right and there will always be room for improvement, which are committed to doing. A feedback email account will to be created where both staff and students can discuss, feedback and share their thoughts on these issues and suggestions for improvements. These emails will go to the respective committees and our Equality, Diversity and Inclusion Manager for the Group. Based on this information and examples of best practice, we will continue to work towards creating an inclusive learning and working environment.

We would also like to use our platforms to share staff and student experiences – we ask you to email us your stories or use our social media platforms with your stories, supporting learner voice events, focus groups or workshops to record and share experiences. This will support the #WeStandWithYou campaign and give our staff and students a public forum so their voices can be heard and generate conversation.

We are also in discussions about a new Learning Hub which will be a bank of resources for staff to support, empower, and raise awareness of Equality, Diversity and Inclusion issues. Keep an eye on your college website and social media platforms for more information.