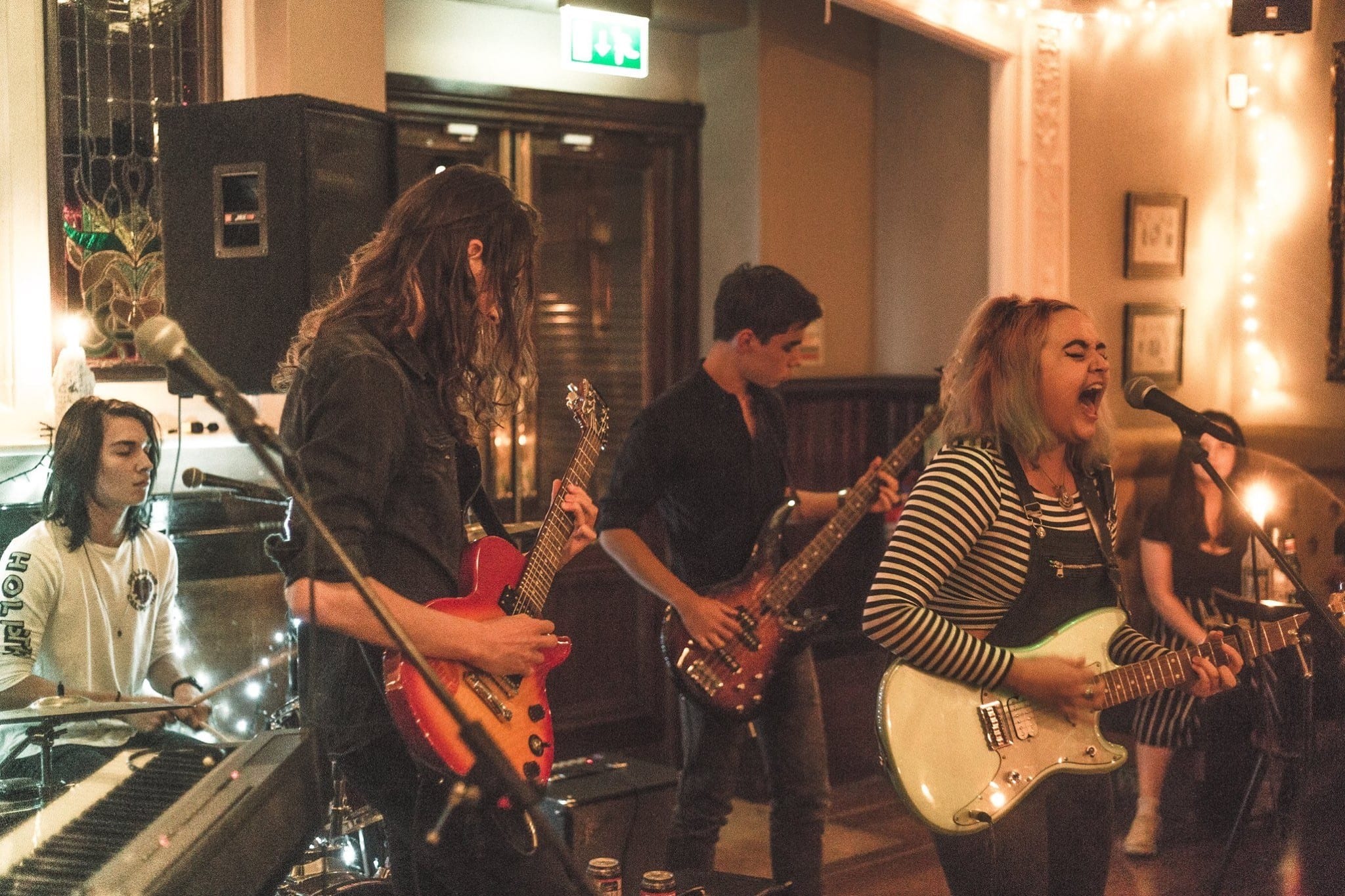 “College was hard for me at the beginning. I ended up repeating my first year as I struggled with mental health issues and chronic pain after a spinal operation. A wave of depression started off my passion for song-writing and in my second year at college I met two of my band mates, who helped me grow tremendously. I left college with a band, a promising music career, great friends and, despite everything, ‘ABC’ in my results.”

At 20, recent sixth-form grad Charlie Raphael-Campbell is already making waves as an independent artist. At the end of 2019 we caught up with the young creative to talk fame and fortune ahead of the release of her debut album.

Charlie doesn’t take breaks. Having self-released an EP entitled “Julian” in 2018, she spent the summer recording an album with her band, “Charles and the Big Boys,” and is currently piecing together another four-track solo record. She says: “The response so far has been really lovely. I have had streams all over the world and have received messages from strangers on Instagram about how much they love it. It means so much to me that my art is received with love around the planet. The leading single, ‘Lemon Moon’, was even played on the radio!”

Music has been integral to Charlie’s life since day one. From writing “little poems” and putting them to music on a toy keyboard at five, the singer-songwriter tells of the cathartic experience of producing music into the present.

“I cannot think about an alternative to music. It’s what makes my life enjoyable. If I wasn’t doing that I wouldn’t be me.”

In 2014, Charlie told the Islington Gazette that her life was “turned upside down” by scoliosis, curvature of the spine often associated with chronic pain and other medical complications. Scoliosis affects between 2-3% of the population and has a number of causes. Surgery can be offered in some cases, but presents its own risks.

Charlie is now looking for ways to collaborate with the national charity Scoliosis Awareness UK to help steer the conversation on scoliosis.

“College was hard for me at the beginning,” she explains. “I ended up repeating my first year as I struggled with mental health issues and chronic pain after a spinal operation.

“I missed a lot of classes due to personal issues and changed my courses entirely. I ended up studying Film, History of Art and Fine Art. My second year was really fun. I left college with a band, a promising music career, great friends and, despite everything, an ABC in my results.”

Her current collective, she says, “sounds like Arctic Monkeys had a kid with Nirvana and their grandparents were David Bowie and The Blues.” She describes her solo work as “very indie-alternative… with a sprinkle of Radiohead and Courtney Barnett.”

“I feel like my music grows with me. It’s influenced by the people I see, the world around me, my vivid dreams and experiences. A wave of depression started off my passion for song-writing and my personal growth from there kept it going.”

“It’s important to have something positive to channel my feelings into,” she wraps up. Over the years, Charlie has made a clear impact on the community through her work, using the platform to give air-time to good causes.

Back in August she appeared in The Guardian, offering support for the threatened Tileyard Impact inner-city music education project.

Tileyard Impact “borrows space from other recording, dance and fashion studios to train young people, many from deprived communities, in all aspects of the music industry.”

Charlie told The Guardian: “It would be nice to bring stability to the course, to give the project its own home, because when you do it you go all over the place to get trained up on different aspects of music production,” she said.

At present, the young singer-songwriter is preparing for an upcoming concert in London on 7 March at the Amersham Arms.

You can purchase tickets at Dice.fm.