HomeNewsLearning for a future that does not cost the earth: our Climate Change and Power Themed Learning Week

Learning for a future that does not cost the earth: our Climate Change and Power Themed Learning Week 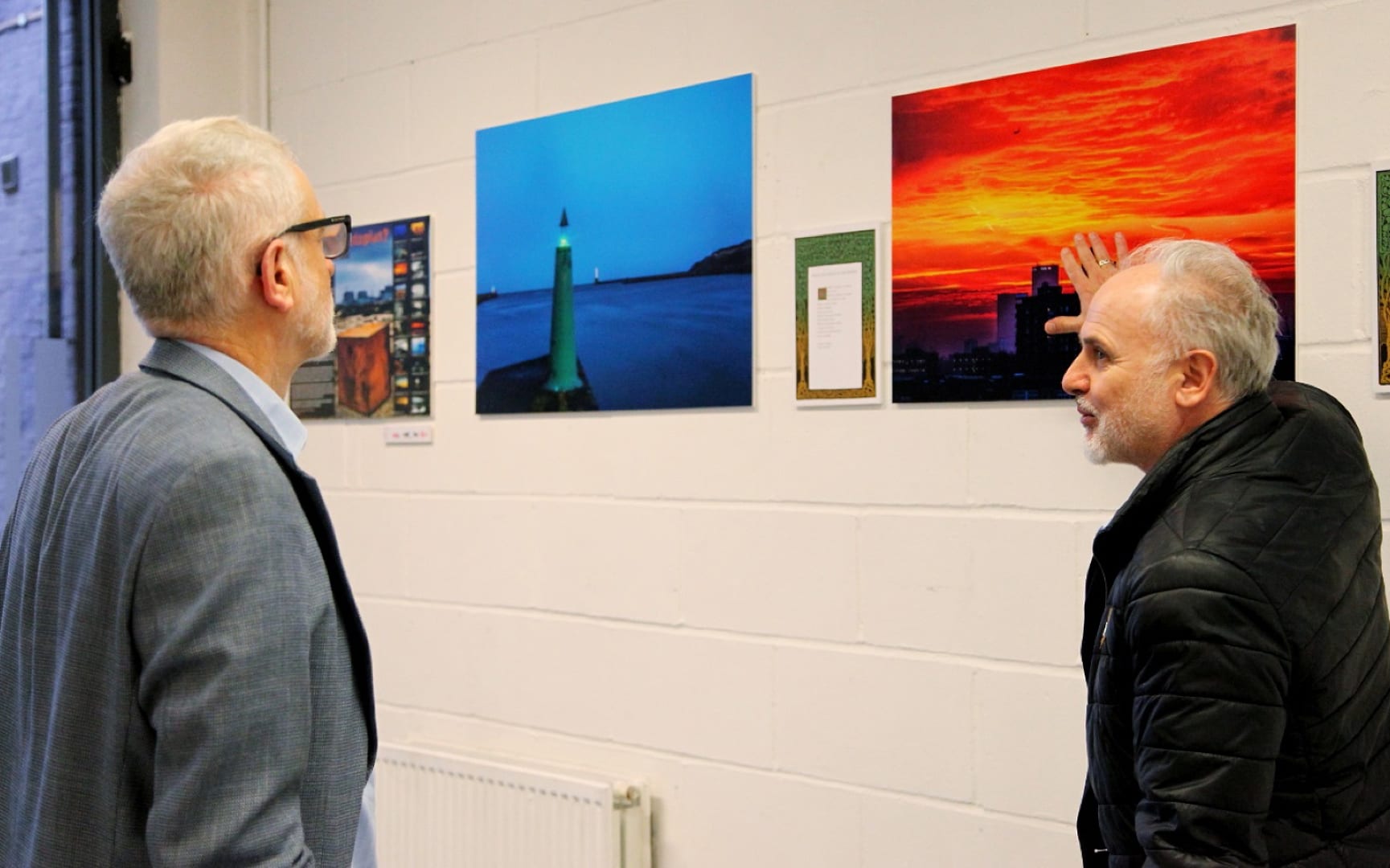 On 10 February, students and staff from the five City and Islington College centres came together for the launch of this year’s Themed Learning Week. The event, which has run at the college for the last six years, aims to unite different college faculties around an academic or political idea central to our life and times. This year, students tackled the ever-relevant issue of ‘Climate Change and Power’.

The multidisciplinary event crossed over with the Tate Modern’s Tate Exchange programme and hosted guest speakers including Leader of the Labour Party, Jeremy Corbyn, Shadow Chancellor of the Exchequer, John McDonnell, and Campaigns Coordinator for Campaign against Climate Change, Claire James.

Kicking off on Monday morning, the launch, which took place at the Centre for Lifelong Learning in Finsbury Park, saw poetry recitals by students of the Centre for Business, Arts and Technology, as well as an emotive interpretive dance routine by students Joanna and Allana. The latter featured the experiences of the Rwandan genocide recounted verbatim to Joanna by her mother, who endured its brutality 26 years ago.

Event organiser Sean Vernell spoke at the launch of the inception of the Themed Learning Week, saying: “A few of us teachers got together and thought ‘what can we do just for one week of the year where we all get together and act collaboratively and see if we can teach an interesting thing?”

Mr Vernell continued, adding that staff are “now more confident to teach these issues and integrate into their teaching.” As well as raising general awareness, the Themed Learning Week allowed staff to share resources on the college’s VLE, headed ‘Learning for a future that does not cost the earth.’

With the support of education publication TES and the University and College Union (UCU), the event is recognised today by over 100 schools, colleges and universities, who also participated in their own projects throughout the week.

Mr Vernell was happy to see the event grow within City and Islington College’s borders, reporting that the newly-involved Maths department had brought with them “fantastic teaching resources” and praising the efforts of staff to integrate themes into classes.

The college also welcomed support from the Centre for Health Social and Childcare, who ran initiatives to promote use of public transport and walking throughout the week.

Capital City College Group CEO Roy O’Shaughnessy attended the launch and used the opportunity to motivate students to work together on tackling global issues: “The challenge today is to take the greatness within each of us and combine that to find a way to move forward with purpose. As we think about climate change and power today, we have to ask: what action is enough?”

John McDonnell continued the thought, speaking frankly about the perils of ignoring the climate change conversation. He said: “To people who deny climate change, I say, ‘that’s fair enough, that’s up to you, but I don’t want to take that risk’. It is better therefore to ensure that we take the actions now that could possibly protect us in the future.”

Mr McDonnell went on to stress the importance of the upcoming COP 26 summit in Glasgow this November. The talks will aim to deliver “meaningful” emissions reductions in all areas of the economy, with The Economist reporting that as many as 200 world leaders are expected to attend. He suggested that it was the role of citizens to pressure the government to embrace change, following the success of phenomena like Greta Thunberg’s Skolstrejk för klimatet (School Strike for the Climate).

“Our role as individuals is to convince them that they need to act alongside us, not on our behalf. We need to make sure that when those world leaders come together they make the right decisions and sign up to an agreement and then they go back and implement it.

“Up until now we’ve allowed politicians to go away and have these discussions and, to be frank, it hasn’t really delivered that much. The way in which our economic systems and our political systems are made undermine our ability to tackle climate change, so this meeting in Glasgow is key to saying ‘we need systemic change’. The way in which we change the system is to make sure that we don’t just leave it to politicians, but actually we all participate in solving the problem.”

Around London, other City and Islington College sites supported the mission with their own initiatives; the Sixth Form Centre in Angel hosted talks by young environmental activists including SFC alumni Ummi Hoque and Yusif Ibrahim (both My World My Home), and GCSE student Elijah McKenzie-Jackson (UK Student Climate Network). The centre also ran a number of competitions and educational talks on reducing food waste and environmental impact.

A Thrift Sale in aid of Oxfam further aimed to “combat fast fashion” and “put the money towards climate poverty”. Earlier this year, Sixth Former Maria Silva made headlines when she exhibited her work at the London Fashion Week, developing a sustainable wardrobe that challenged the fashion industry’s “contribution to pollution”.

Throughout the week, Centre for Business, Arts and Technology students presented their work at the annual Tate Exchange exhibition in Southwark. The programme allowed students of all levels to make a statement in a shared space at the Tate Modern, with topics ranging from The Power of Freedom to the imbalance of power in relationships, the nature of online debate and ‘What Empowers You?’

Over 100 Performing Arts, Music, Art and Design, and Fashion students (and their teachers) worked hard to share their art with the public, during the college’s three-day residency in the Tate’s Blavatnik Building. Students created and staffed artistic installations, ran workshops, told powerful and intensely personal stories, danced, played great music, acted, and provoked the public, to think about power in its many forms.

As Kevin Hope, Lecturer in Visual Arts, explained, the college’s relationship with Tate Exchange dates back to before the Blavatnik Building had been completed in June 2016. In fact, Kevin was able to go inside the building shortly after construction finished. The students were great ambassadors for the college and their courses, and engaged with the public who visited the gallery in their hundreds to find out more about the students’ work and engage with them and their art.

Mr Corbyn, who has been coming to the campus regularly since 1975, watched performances from the college’s talented performing arts students, all with the themes of climate change or power. In a speech to the students after the performances, Mr Corbyn said that, unless the UK changes its ways, “we will not meet our target of net carbon zero emissions until 2099.” He urged the audience to “be out there, demand, demonstrate … and force companies, government and councils to change their ways.”

Mr Corbyn was very popular with the students and staff and posed for selfies and photos after his speech.

Afterwards, Mr Corbyn also had the time to take in an exhibition of photographs and essays by staff and GCSE English students, called Utopias or Dystopias – Voices from the Future. Some of the students’ essays imagine a bleak dystopian future where climate change has spiralled out of control; while others are more hopeful and describe a world where humans and nature live in harmony.

The week successfully brought together the college’s five distinct centres to think about tackling the main issues of a generation. With the Themed Learning Week now a national phenomena, City and Islington College students can be proud to have sparked an invaluable conversation around not only climate and power, but on how much can be achieved through collaboration and education.

Sean Vernell has also written an article about the Themed Learning Week for Tes, the leading education magazine, here. 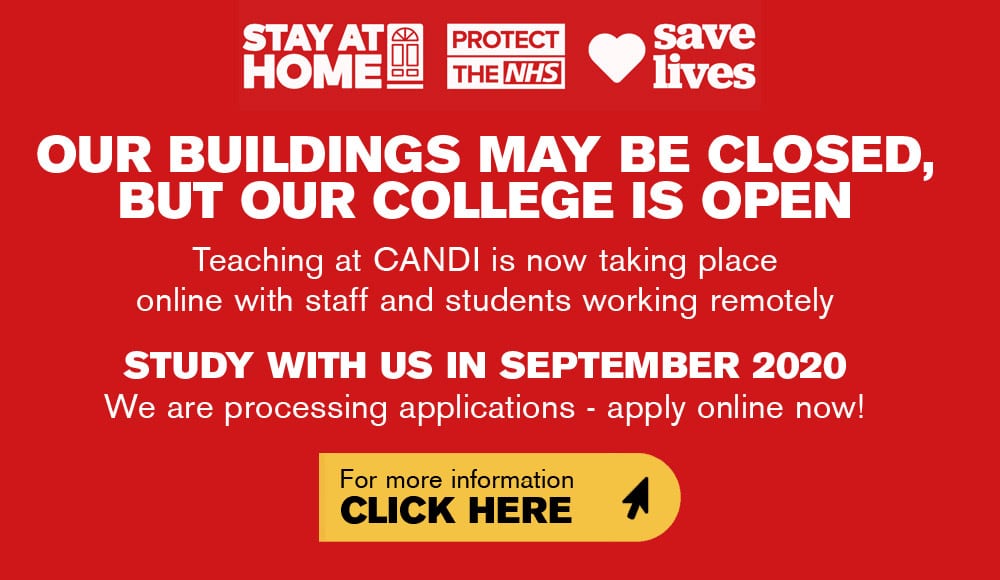