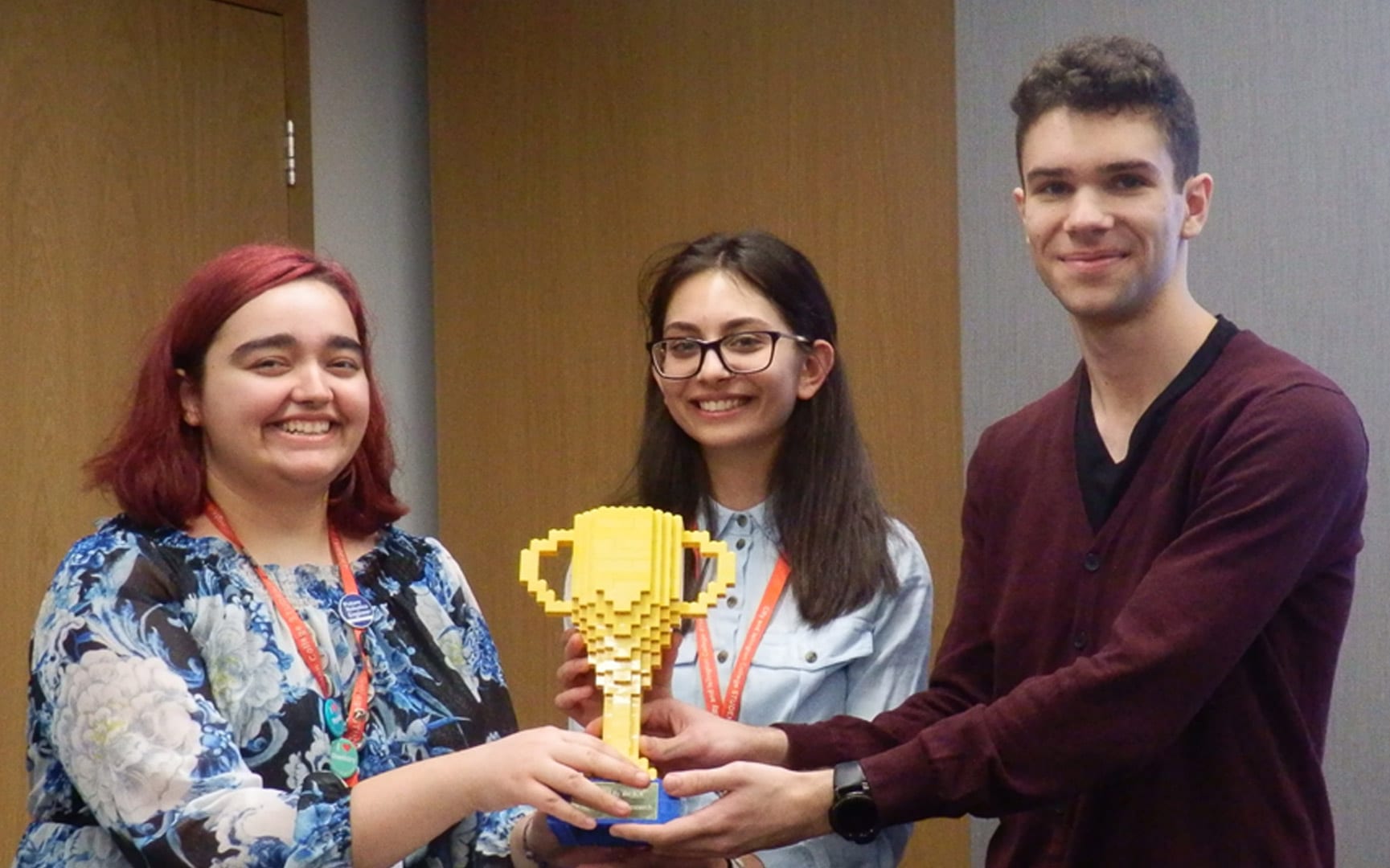 The students kicked-off Tuesday with an interview with the Islington Gazette before heading over to the Institute of Physics HQ in Kings Cross to present their findings alongside University of London physicist Dr Ben Still.

The sixth formers garnered attention for their work after receiving a research award from the Sussex University-based High School Project on Astrophysics with Cosmics (HiSPARC). They were noted as being the first students in London to build a cosmic particle detector.

The detector, which sits on the roof of the Institute of Physics’ building, tracks high-energy particles from space known as cosmic rays. These interact with the Earth’s atmosphere to produce showers of secondary particles that can reach the planet’s surface. The detector collected data on one such secondary particle called a muon, and compared pollution levels in London with data from other HiSPARC research around the world. The results showed a small negative correlation between pollution and muons – that is, the more pollution there is in a city, the fewer muons reach the ground.

Dimona, 19, told the Gazette: “I really enjoyed working in the team. Because we were a small group it helped and we became friends.

“Air pollution is something we are concerned about and wanted to look into. We have come a long way since the 1950s in terms of finding solutions for tackling the problems that affect London, but there is still a lot left to do.”

At the Institute of Physics the students explained their findings to an audience of scientists and fellow students, before learning more about muons and particle physics in a lecture with Dr Ben Still. Talking about the unknown areas of particle physics, Dr Still concluded: “These are the important questions that we hope will be answered by your generation.”

The students later confirmed that they all intended to pursue careers in science, with Dimona heading off to study Physics at university, Toma looking towards Computer Science and Merian interested in further study in Biomedicine and Health.